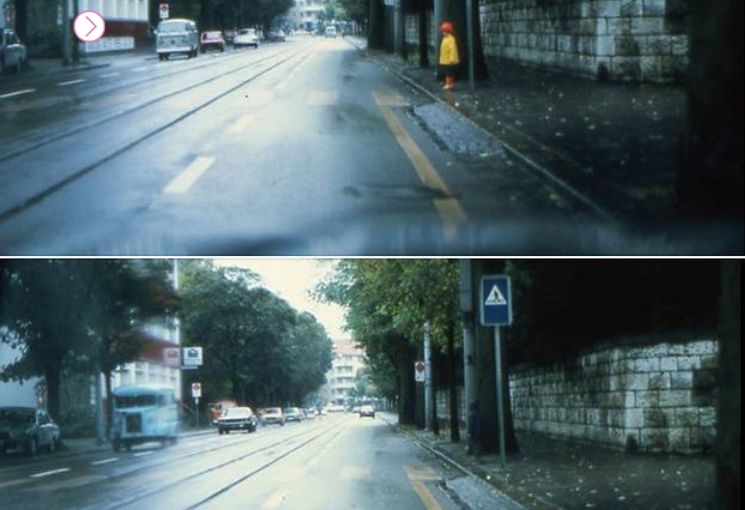 The police from Krotoszyn published two photos and ordered to look at them carefully. At first glance, we see a child in one photograph and not a second. But isn’t he there?

The Police Headquarters in Krotoszyn has published a puzzle on its Facebook profile, which consists of finding a difference in the pictures. The post contained two photographs that depict the autumn twilight on the street in the city. There is a difference, but is it true that there is a child in one picture and no one in the other?

The combination of these photographs allows you to see what drivers see when people on the road are wearing dark clothes. Only when we look closely at the second photo do we notice the child in a gray coat against the background of a tree. In unfavorable weather conditions, e.g. during rain, a child in such clothing is almost invisible to the driver.

Reflectors are a must

The police have published these photos for educational and preventive purposes. They show how important the color of our clothing is when we are on the road. The officers also encourage to wear reflective tape elements. Thanks to them, the driver will easily notice us on the street.

According to the law, everyone who moves on the road in the undeveloped area should wear them after dark. Wearing reflectors is important in autumn and winter. Early darkness, dark mornings, fog, sleet, and rain are not favorable for pedestrian safety.

“Seeing the shining point from afar, the driver has more time to react properly. The seconds gained in this way can save the health or even the life of a pedestrian,” policemen explained in an interview with WTK. The National Police Reflective Day is celebrated in Poland from October 1, 2016. The officers then conduct actions that are aimed at encouraging others to wear reflectors and remind them that thanks to them tragedies can be avoided.

Reflective elements should be worn so that they are noticeable by both oncoming drivers and those coming from behind. You will learn more about the importance of our clothing on the road and how to wear reflective vests.